Bay Nature Article: “What People Talk About When They Talk About Sage Grouse”

Bay Nature Magazine featured an excellent story by Eric Simons on the Bi-State sage grouse, its habitat, and how it is reshaping conservation in the U.S. SGI is proud to be involved in the unprecedented partnership working to conserve the distinct population of sage grouse in California and Nevada. 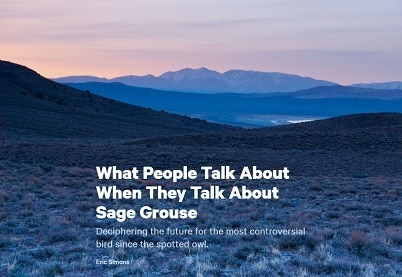 This week, the U.S. Fish and Wildlife Service withdrew its proposal to list the Bi-State population of greater sage-grouse as threatened under the Endangered Species Act, based on the unparalleled success of voluntary conservation efforts to recover the species and its habitat.  SGI is proud to be involved in the unprecedented partnership working to conserve the distinct population of sage grouse in California and Nevada. Read more about the history and conservation efforts in the Bi-State here.

Bay Nature Magazine featured an excellent story by Eric Simons on the Bi-State sage grouse, its habitat, and how it is reshaping conservation in the U.S. A few excerpts and quotes from this article appear below. Click here to read the full story. 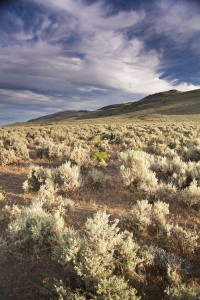 You will hear, if you spend time around sage grouse people, the word “unprecedented” thrown around. Saving the sage grouse could save a half-dozen other species, and an iconic landscape that covers one-tenth of North America. And if it can be saved, in the way its most vocal champions think it can be saved … well, on the future of the sage grouse could hang the future of the Endangered Species Act and the way we protect wildlife in America. One U.S. Fish and Wildlife Service spokesman described the sage grouse to me as the most important conservation story of our generation.

Of what might once have been as much as 240 million acres, there are around 100 million acres of sagebrush sea remaining, across 11 Western states. These are, for many of us who don’t live there, still the great open spaces of the imagination, scrubby mosaics of sand and shrubs yawning off into distant, craggy horizons, where the pronghorn race off into flatlands stretching as far as the eye can see, and where the playas foster the wildest of our creative impulses. Yet we rarely visit except to drive through or fly over, and our inattention has allowed imagination to exceed reality. The spaces aren’t quite so unending, or quite so poetic. The West is crisscrossed with access roads, grazed, polluted, encroached upon, disturbed. Less than 5 percent of the sagebrush sea, one report concluded, is now more than 1.6 miles from a road; around 20 percent of it is within 2 miles of permitted oil and gas development. Thousands of acres of sage were deliberately poisoned and replaced with grass for cattle, a practice Rachel Carson decried in Silent Spring. A familiar “halo” of human influence follows our activity, so the footprint of any project is much greater than the space you see it occupying on a map.

The sage grouse is sometimes compared to the chicken, because they are about the same size and have about the same intellectual swiftness. But as light starts to creep over the Bodie Hills, it becomes apparent to me that the chicken comparison falls woefully short. The male sage grouse, which is what most of the ones out here are, has a dark, razor-sharp, fanned tail that looks like the top of a pineapple. Its tiny head pokes out from the top of a white ruff, under which are the air sacs it inflates and pops to make noise. It struts, two steps left, puff, whoop, stop. Two steps right, puff, whoop. Between the spikes and the ruff and the strutting, this isn’t just a chicken — it’s a chicken dressed up for an Oakland Raiders game.

“That’s the thing I noticed about just allowing that little bit of attention to the open spaces: once you’ve seen them filled with puffing, strutting, hellraiser-spiked grouse, it’s hard to turn back. The world just isn’t as much fun when the birds are gone.” 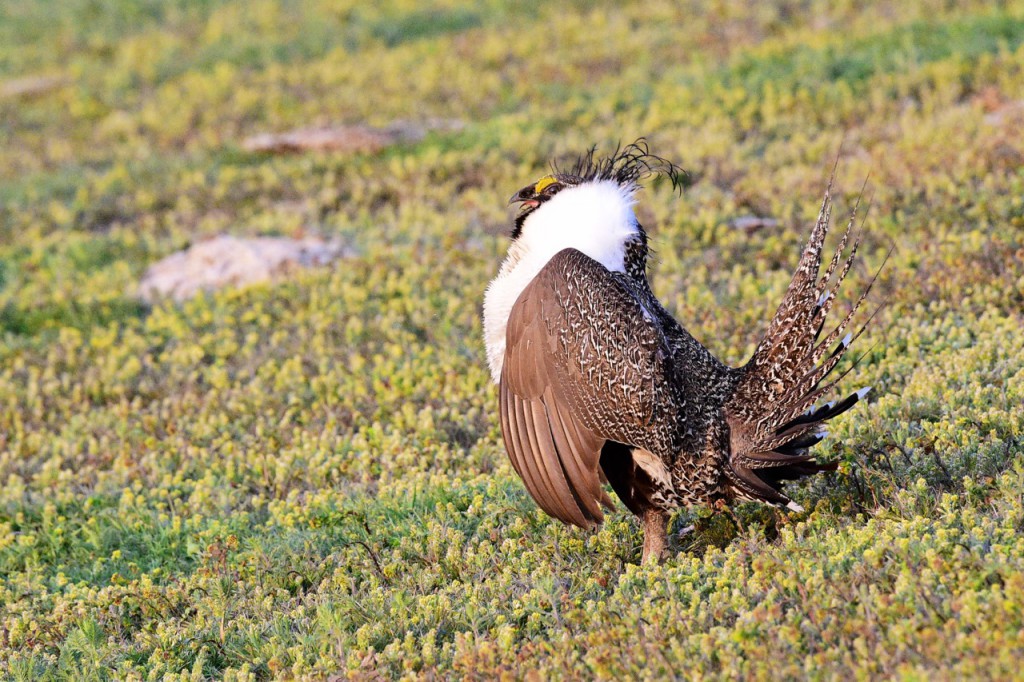