Sage grouse like the habitat around the Pokorny Ranch, and the Pokornys like the conservation improvements SGI helped them make on their Wyoming ranch. “They were the first landowners I had to enroll in the program,” says Kevin Edinger with the Wyoming NRCS. “These folks are really progressive operators. They’re as good as it gets.” 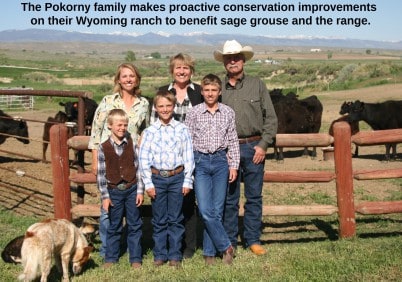 The Pokorny family made improvements that benefit wet brood-rearing habitat for sage grouse on their Wyoming ranch.

The Pokorny family made improvements that benefit wet brood-rearing habitat for sage grouse on their Wyoming ranch.

The Pokorny family runs an Angus cow-calf operation on about 3,000 acres of private land near Lander, Wyoming, in a fertile valley punctuated by irrigated alfalfa fields and surrounded by dry, sagebrush-dotted public lands that extend for miles into the big wide open spaces of the Cowboy State.

Sage grouse like the habitat around the Pokorny Ranch. The public lands bordering their ranch are included as part of Wyoming’s “core area” conservation strategy to preserve the birds, and the Pokornys regularly see sage grouse broods in their alfalfa fields during the spring and summer. Several leks (breeding grounds) are located on public lands near their deeded land.

“The experts tell us we’re in the core of the core,” says Timmery Hellyer, the eldest daughter of Steve and Susan Pokorny who manages part of the cattle ranch and sells ranch property real estate with her mom. “We are at ground zero for sage grouse populations in our area.”

The Pokornys run their cattle on BLM and state land in the summer, and the cattle also spend portions of the spring and fall on their home ranch, eating hay raised on the family’s extensive hay fields. 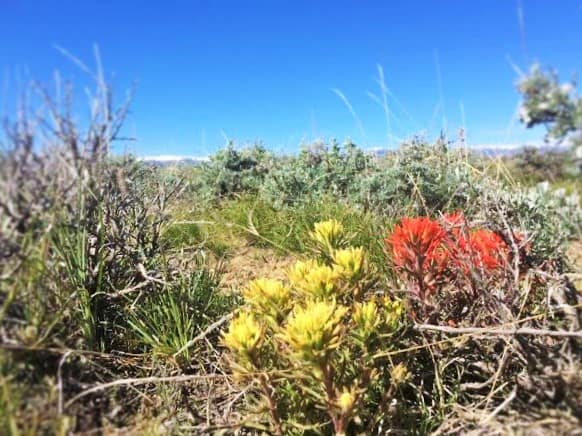 Soon after the Natural Resources Conservation Service began the Sage Grouse Initiative program to improve sage grouse habitat on private lands throughout the West in 2010, the Pokornys approached local NRCS officials to learn what they could do to help. Kevin Edinger, district conservationist for the Fremont County NRCS office, helped them craft a proactive plan.

In addition, researchers are conducting several projects assessing potential noise impacts to sage grouse. The studies have been conducted on BLM grazing allotments used by the Pokornys and other ranchers, research that involves the use of sage grouse robots. More about that in a moment.”We have quite a few ranchers who have installed new fencing for SGI projects, but people should know that 10 miles of new fencing is a huge amount,” Edinger said.

“They were the first landowners I had to enroll in the program,” Edinger says. “These folks are really progressive operators. They’re as good as it gets.”

Three years after the sage grouse improvements, the Pokornys are happy with the results.

“It’s been a win-win situation for our wildlife and our operation,” says Steve Pokorny. “Knowing that the federal government is considering protecting the sage grouse under the Endangered Species Act, we wanted to take some pragmatic steps up front to help the birds. I don’t want to be put out of business by a sage grouse listing. That would have a profound impact on a lot of the West.” 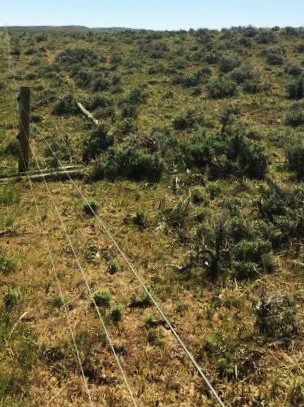 The largest single enterprise that the Pokornys undertook on their ranch was to remove 10 miles of old fencing around the perimeter of their property. The three-strand, high-tinsel electric fence that replaced it has detailed specifications to make it wildlife friendly; the bottom strand is 20 inches above the ground level to allow antelope as well as young sage grouse to duck underneath. The middle strand is 30 inches above the ground, and the top strand is 42 inches or 3.5 feet high, making it easy for mule deer and elk to jump over. The large gap on the bottom allows other small mammals to crawl underneath with ease.

“We do like that solar electric fence,” Pokorny says. “We have a lot of deer and antelope in this area, so it is much friendlier for wildlife. And they can be very destructive to the barbed-wire fence. Plus, the solar fence requires a lot less maintenance.”

On the BLM grazing allotment adjacent to the Pokorny’s private land, the Hudson Grazing Association, of which the Pokornys are a member, set up a two-pasture system by adding a solar electric fence that bisects a large pasture area. They set up a deferred-rotation system for that pasture.

“We typically go in and graze one side in the spring and early summer, and the other side in the late summer and fall,” Timmery Hellyer says. “And then continue to alternate the pastures each year.”

The Pokornys also manage their hay fields in multiple ways to benefit sage grouse. They have several fields with center-pivot sprinklers and many other irrigated fields. Their cattle are moved to state and federal grazing pastures during the summer, leaving the irrigated fields available for sage grouse and other wildlife.

Wyoming Game and Fish officials say that many of the sage grouse migrate from brood-rearing areas on private and public lands in the Lander area to the South Pass area after the broods are big enough to travel long distances. Biologists confirmed that the birds move 60-70 miles to South Pass by tracking birds fitted with radio collars. But the Pokornys also see sage grouse living in their alfalfa fields in the spring and summer.

“It gives them a place to rear their young in the summer,” says Timmery Hellyer. “They get big and fat on the alfalfa. On a hot summer day, they’ll eat alfalfa while enjoying the cool mist of the sprinklers. They walk along and follow as the pivots move. It’s kind of like they’re enjoying a day at the spa.” 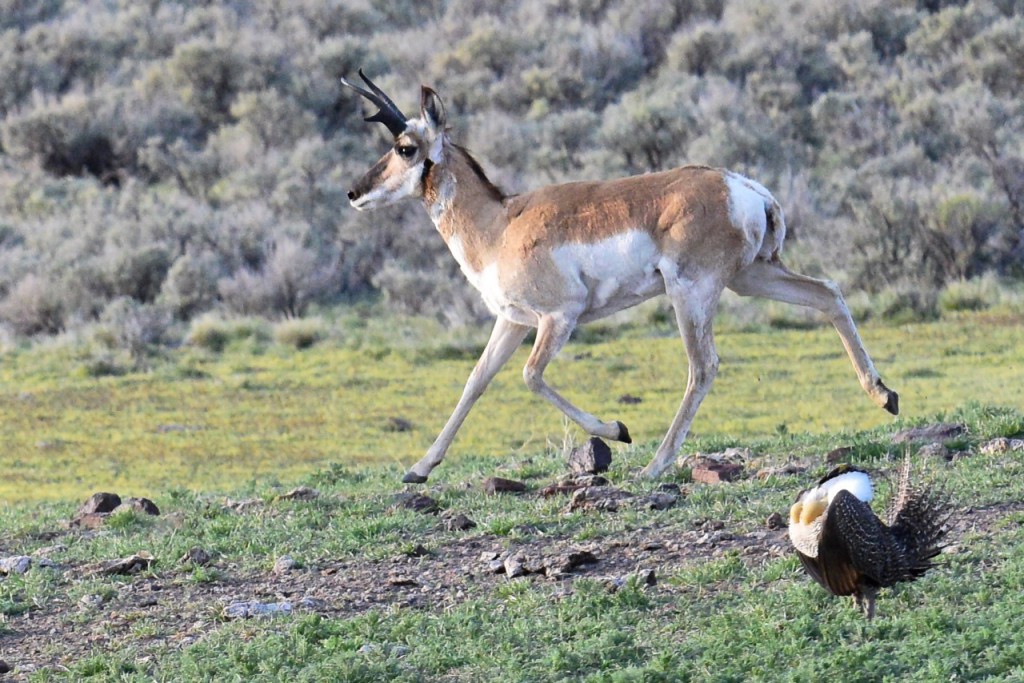 Under the SGI program, the Pokornys are required to harvest their hayfields in a way to prevent bird deaths. They do so by harvesting circular pivot fields “inside-out,” starting in the center of the field and then working toward the outside. That method allows the birds to move out of the field as the hay gets cut.

“We always leave borders on our hay fields as buffers for the sage grouse broods,” Timmery says.

They also are required to harvest during daytime hours. The first cutting doesn’t typically occur until the 3rd week of June, when sage grouse are getting old enough to be more mobile by foot or flight.

The inside-out harvesting technique takes a little more time than usual, but it’s not a big deal, Steve Pokorny says.

Several years ago, the Pokornys fenced off about 90 acres into the Conservation Reserve Program, a finger of their land that extends into Government Draw. This leaves a large area along the creek-bottom for wildlife of all kinds.

The draw has been a problematic location for cattle grazing, so it was simpler to just fence it off and leave it available for wildlife, Timmery says.

“We’ve actually had cattle drown out there in the past,” she says. “Now it’s an area that the pheasants really like. We even see pelicans out there and small mammals like bobcat and otter.”

Like many ranchers who have sage grouse leks nearby, the Pokornys like to visit them in the springtime to watch the males strut their stuff and try to attract females as mates. Steve Pokorny especially likes to take his grandkids out to the leks and watch the mating dance occur.

“My grandkids love to watch them,” Steve Pokorny says.

“This is a heavy-use lekking area in the spring,” Edinger adds. “There are birds everywhere up there.” 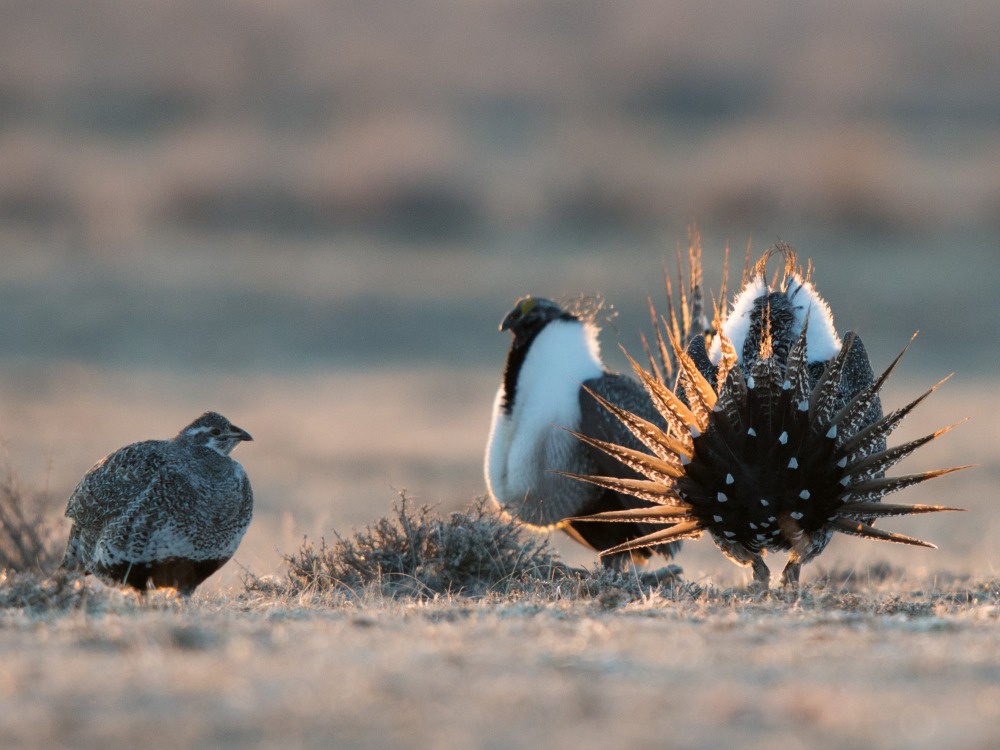 Male sage grouse puff up to attract hens on a lek, a stunning spring mating display that the Pokornys witness annually on their ranch. Photo Scott Copeland.

For one researcher, the activity on the leks offers more than simple enjoyment. Gail Patricelli, a professor at the University of California-Davis, Department of Evolution and Ecology, conducts acoustic research on sage grouse leks in the Lander area to learn how male and female sage grouse communicate with each other. She’s also studied how male sage grouse might be impacted by the noise of oil and gas drilling rigs in terms of how many males use a lek with oil and gas drilling noise, compared to the number of males using a lek with no noise.

Oil and gas development is not a big threat in the Lander area, but numerous leks in the area provide a good location for the acoustical research.

Patricelli worked with engineeers to fashion female sage grouse robots, which she calls “fem bots.” The realistic-looking birds ride on top of remote-controlled robot tanks; they travel amazingly well in the sagebrush and bunchgrass terrain. See a YouTube video about the acoustic research.

In the experimental noise-impact study, Patricelli and her team monitored sage grouse numbers for three breeding seasons at a number of leks. They found that the number of males on the leks decreased use because of the noise from natural gas drilling and roads by a range of 29 percent to 73 percent, compared to male numbers on leks with no industrial noise. 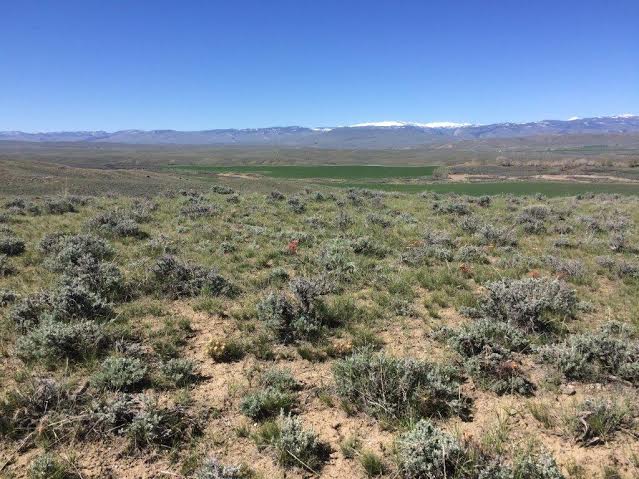 That information will be used in sage grouse conservation activities in Wyoming. Currently, the oil and gas drilling activity is located elsewhere in the state. The Lander area was useful as a control area without development noise, officials said. Patricelli and her team set up large speakers to amplify development noise on the leks for the purposes of the study.

Overall, sage grouse populations are doing well in the Lander area, Wyoming Game and Fish officials say. In the spring of 2014, chick survival was twice as high as the year before, says Stan Harter, a wildlife biologist for the agency in Lander. The number of males counted on active leks averaged about 20 birds per lek, a number that is slightly higher than the statewide average. Sage grouse numbers peaked in recent times in 2006, with an average of 50 males per lek, and then decreased when a prolonged drought caused a severe decrease in sage grouse numbers in the Lander area.

Anecdotally, the Pokornys are seeing more birds around their ranch, which gives them hope. But they feel that predators continue to play a larger role in the birds’ decline than anything else. They hope that the predation problem is addressed somehow.

“We go to sage grouse meetings and they talk about different activities that impact sage grouse, but predators don’t seem to make it on the list,” Timmery Hellyer says. “That doesn’t make any sense to me.” 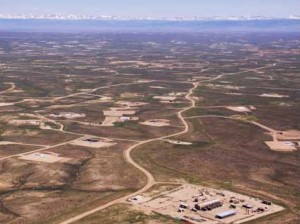 Development in Wyoming threatens sagebrush habitat and the birds that rely upon it.

U.S. Fish and Wildlife Service officials have identified the loss and fragmentation of sagebrush habitat as the number one threat to sage grouse in the agency’s Conservation Objectives Team report of 2013. Other key factors that undermine sage grouse habitat include wildfire, mining, oil and gas development, and wind development.

In the meantime, the Pokornys enjoy sharing their property with sage grouse. In their real estate practice, Timmery and Susan Pokorny do their best to keep working ranches intact for the benefit of the local economy, agriculture and wildlife.

“We have very strong feelings about keeping ranches as working landscapes,” says Susan Pokorny. “Every time a working ranch is taken out of production, the macro impact can be substantial.”

Efforts by the NRCS to preserve working ranches also has gained ground in the Fremont County area. About 30,000 acres of agricultural land have been protected via NRCS conservation easements in the Wind River/Sweetwater River sage grouse conservation area, according to the state sage grouse plan.

About the Author: Steve Stuebner (@SteveStuebner) is a longtime journalist based in Boise, Idaho. He is also the author/producer of stories for Life on the Range.