Since half of all habitat for greater sage-grouse is on public land, most of it managed by BLM, restoring public rangeland is vital for the birds to thrive. Check out these two BLM habitat improvement projects on sagebrush lands in Montana!

A New Approach For Turning Science Into Action 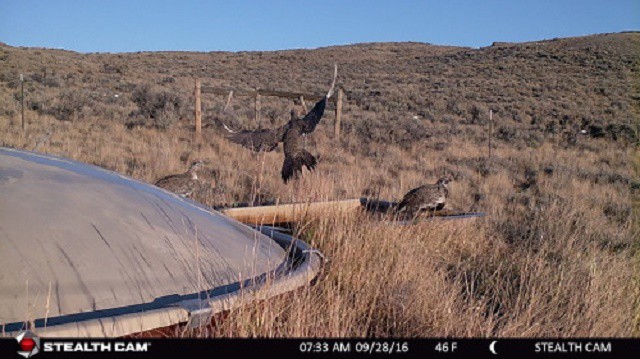 Since half of all habitat for greater sage-grouse is on public land, most of it managed by BLM, restoring public rangeland is vital for the birds to thrive.

The American West is a patchwork of private and public lands, including sagebrush country. Sage grouse are a landscape species that don’t stop at fences. Since these iconic birds depend on vast, intact sagebrush habitat, the Sage Grouse Initiative and our many partners work together across ownership boundaries to conserve the vital resources that sustain the bird, the herd, and 350 other species — including people.

The Bureau of Land Management recently completed two sagebrush conservation projects that benefit people and wildlife on both public and private land in Montana. 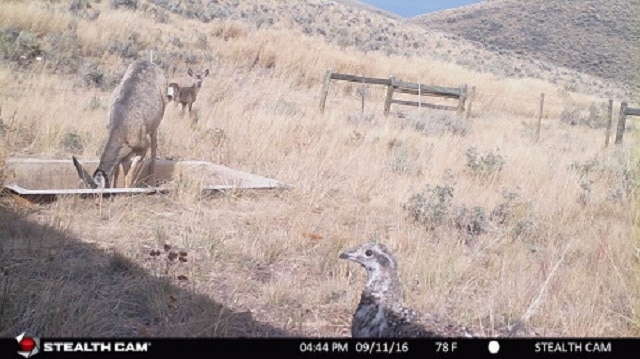 A greater sage-grouse watches a mule deer take a water break at a ‘guzzler’ installed for wildlife on BLM land.

This past summer, BLM staff placed trail cameras at several guzzlers to see what wildlife they attracted. As expected, they spotted plenty of pronghorn, deer, coyotes, and magpies.

But the big surprise were the flocks of sage grouse! Usually greater sage-grouse receive enough fluid from eating succulent sagebrush leaves. But sometimes the birds rely on water sources — like the BLM’s well-placed guzzler. 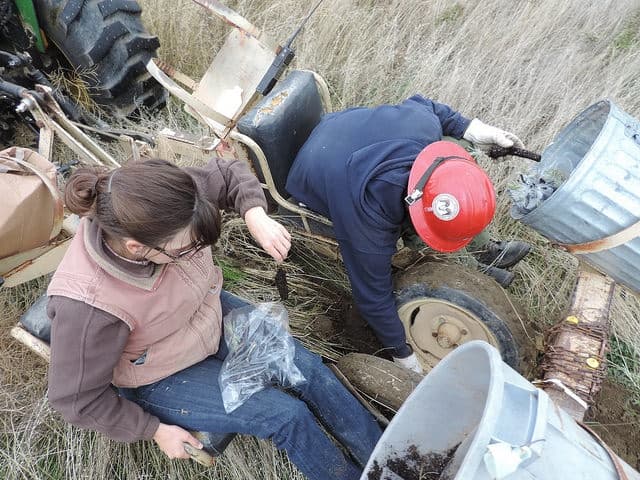 In central Montana, BLM hosted a sagebrush planting project to test how best to restore sagebrush habitat that had burned in wildfire or been converted to cropland.

And in central Montana, the BLM’s Lewistown Field office coordinated the Hale Crested Conversion and Sagebrush Planting Project to test which planting methods and sagebrush species work best at restoring sagebrush habitat that’s either been burned in a wildfire or converted to crop fields. Volunteers and public servants planted over 10,000 sagebrush seedlings using all sorts of contraptions, like tractors, drills, and gas-powered augers.

Like many of the sagebrush restoration projects on BLM land, these seedlings were collected near the planting site and then grown in partnership with inmates at local prisons or work centers for adults with developmental disabilities.

Check out more videos and photos of sagebrush planting here on the BLM Flickr site. 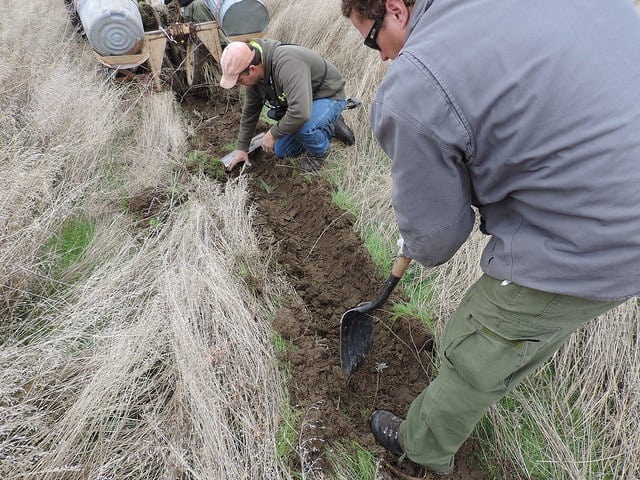