Conversation with Rangeland Management Specialist of the Year, Rebecca Knapp

Conifer encroachment into sagebrush-steppe is a threat to sage grouse and a significant management challenge. Woody species contribute to more severe rangeland fires, which add carbon to the atmosphere and reduce how much carbon native species store. Photo: Jeremy Roberts, Conservation Media 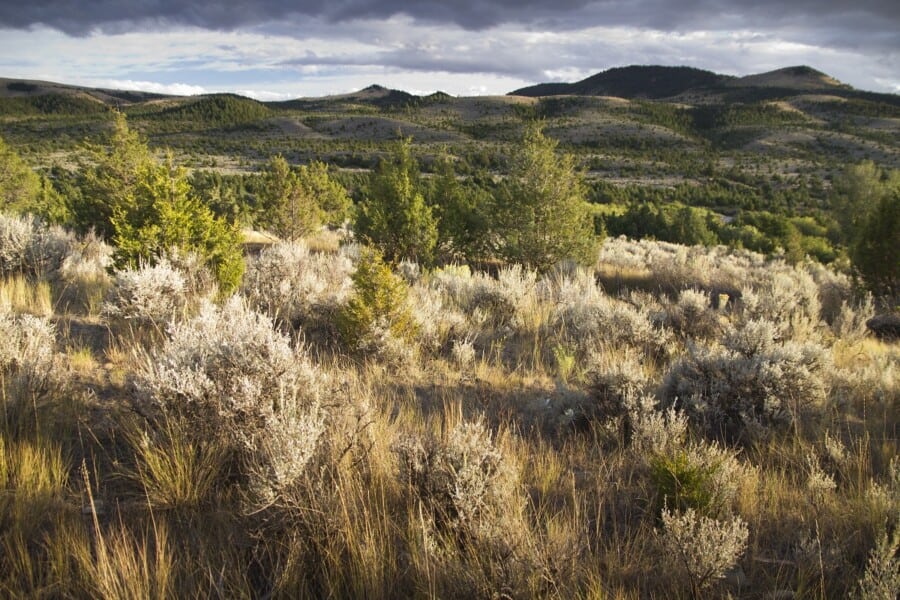 Conifer encroachment into sagebrush-steppe is a threat to sage grouse and a significant management challenge. Woody species contribute to more severe rangeland fires, which add carbon to the atmosphere and reduce how much carbon native species store. Photo: Jeremy Roberts, Conservation Media 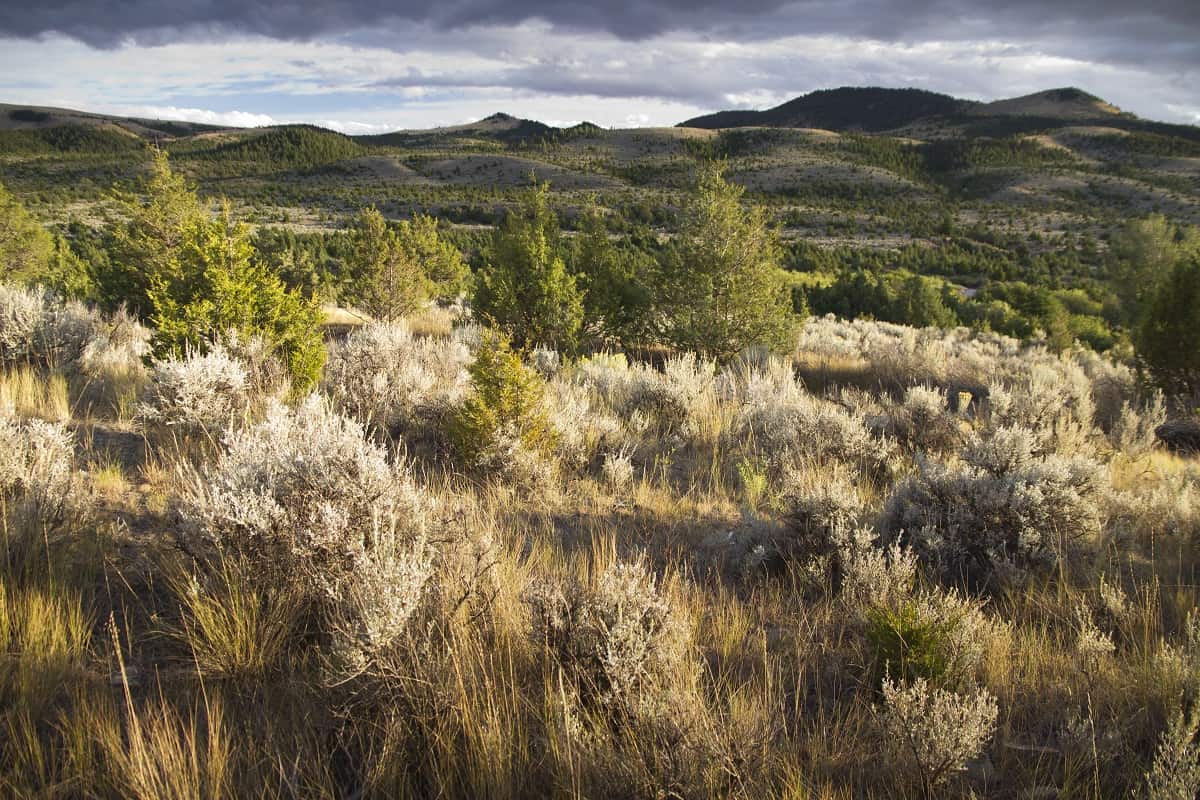 Conifers encroach on the sagebrush sea. Targeted removal efforts are making a difference, but more needs to be done.

>> Download and Read This Science to Solutions Report Here >>

Around the world, trees are taking over productive shrub and grasslands. Every continent except Antarctica is now experiencing the challenges associated with woodland invasion of valuable grasslands. In North America, one of the most concerning vegetation transitions is the encroachment of pinyon-juniper woodlands into sagebrush rangelands. Expanding conifer trees threaten habitat for sagebrush-dependent wildlife, reduce water availability, increase the risk of high-severity wildfires, and diminish forage for livestock.

Read more about the impacts of conifer encroachment and the benefits of removing them here.

Public and private conservation partnerships, like SGI, have been working together to

halt the invasion of trees onto rangelands. However, since conifer treatments span multiple states, counties, and land ownerships, it’s been difficult to calculate the full extent of pinyon-juniper removal.

Partnerships are restoring precious sagebrush ecosystems in priority watersheds, but we’re still getting flanked by infilling trees across many western rangelands. This new research shows that we need to keep our foot on the gas implementing sagebrush conservation practices like conifer removal to keep rangelands healthy and productive. – Steve Small, BLM 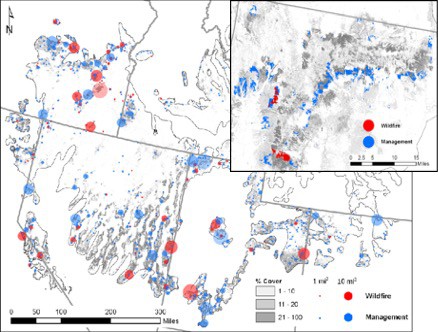 This map shows (a) predicted conifer management and wildfire locations across sagebrush range with (b) inset map of a priority watershed in northwest Utah where conifer was reduced by 4% in the last five years.

The researchers used LandSat satellite imagery from 2011-2013 to map conifer cover on roughly 285,000 square miles of sagebrush rangelands. Next, they used satellite imagery from 2015-2017 to re-map the area. By combining these maps with Google Earth Engine data, geospatial datasets and modeling programs, the researchers were able to also show: 1) where management efforts reduced conifer cover, 2) where fire reduced conifer presence and 3) where conifer cover increased.

Key Findings From the Study Include:

This research reveals that strong cross- boundary partnerships are working to restore a
few priority watersheds. In northwestern Utah, for instance, some of the most intensive conservation efforts to date have reduced conifer cover by 4.3% in this region, nearly three times the range-wide rate.

This research was made possible due to cross- boundary partnerships. The Bureau of Land Management through the Partnering to Conserve Sagebrush Rangelands effort with the Intermountain West Joint Venture contributed funding for this study.

>> Download and Read This Science to Solutions Report Here >>

>> Read Other Science to Solutions Reports About Conifer Expansion >>