In Idaho, agencies and landowners are working together across boundaries to restore sagebrush country.

What Causes Wildfires In The West? 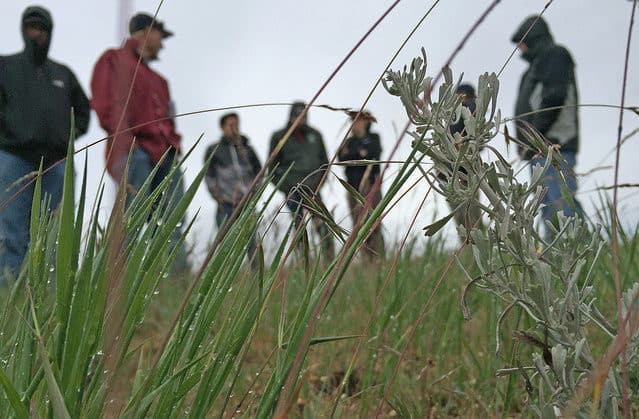 In Idaho, agencies and landowners are working together across boundaries to restore sagebrush country

The Sage Grouse Initiative’s 2018 Annual Workshop will be held May 22-23 in Boise. It will highlight several collaborative sagebrush conservation projects underway in Idaho.

In the high desert sagebrush country of southern Idaho, a buff-colored six-pound bird is inspiring new models of cooperation among diverse partners.

The Idaho Sage Grouse Action Team is a prime example of how neighbors are working together to achieve unprecedented conservation success for people and wildlife across the range.

Created in 2015, the Action Team is helping to enact Idaho’s detailed, science-based strategy for conserving the greater sage-grouse. This strategy focuses on addressing the most urgent threats to the bird: habitat fragmentation due to wildfires and invasive annual grasses.

“It’s a great collection of professionals pooling their resources for good projects in the right places,” says Bas Hargrove with The Nature Conservancy, which facilitates the group.

“The cool thing about the Action Team is that it’s solutions-oriented and very collaborative.”

Governor Butch Otter’s Federal Alternative for Greater Sage-Grouse Management in Idaho, published in 2012 was developed by a task force representing a wide cross-section of stakeholders. It builds on the state’s 2006 Greater Sage-Grouse Conservation Plan and aims to avoid the need to list the bird under the Endangered Species Act. 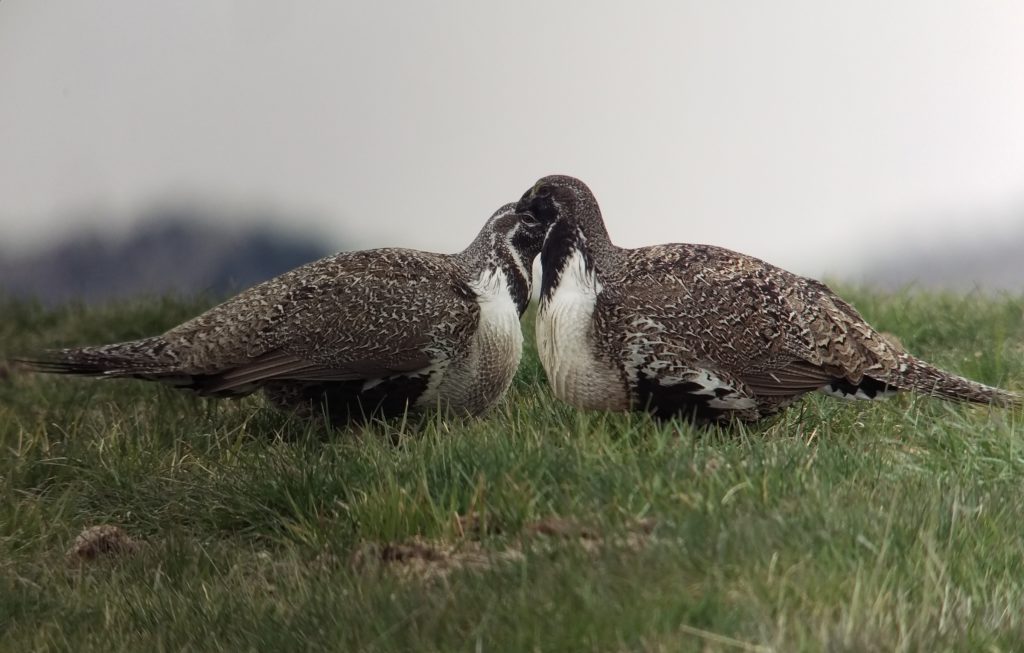 Members are committed to ensuring the long-term viability of sagebrush rangelands in Idaho via the “3 C’s” — collaboration, cooperation, and conservation. The Action Team’s approach was recognized on the Soda Fire by the Public Lands Foundation, receiving a Landscape Stewardship Certificate of Appreciation in 2017.

Ann Moser, wildlife biologist with Idaho Department of Fish and Game, believes that the Action Team has helped solidify and strengthen relationships between the agencies working on sagebrush conservation in Idaho. She says:

“It really increases the capacity beyond what any one agency can accomplish alone.”

For instance, because of her role on the Action Team, Moser now has a better understanding of complex firefighting operations. This added perspective allows Idaho Department of Fish and Game to provide more effective expertise on how fire prevention or rehabilitation efforts might impact big game species or sage grouse.

The Action Team’s collaborative approach is particularly important for addressing landscape-scale threats like wildfire and the spread of invasive weeds—neither of which stop at fence lines.

“Restoration across boundaries is key for wildlife because it creates continuous habitat,” says Moser. “That kind of large-landscape conservation requires concerted teamwork.”

The Action Team encourages conservation across multiple ownership boundaries through its annual grants program. Applicants are given priority for funding if their proposed projects build on existing conservation work.

This holistic approach seamlessly stitches together range improvements to make the most difference for the landscape, rather than “postage-stamping” conservation projects.

“We’re able to maximize limited resources by coordinating where, when, and how we put in place projects that improve sagebrush habitat,” explains Josh Uriarte, project manager with the Idaho Governor’s Office of Species Conservation, which administers the grants.

“The results speak volumes about what we can achieve together.” 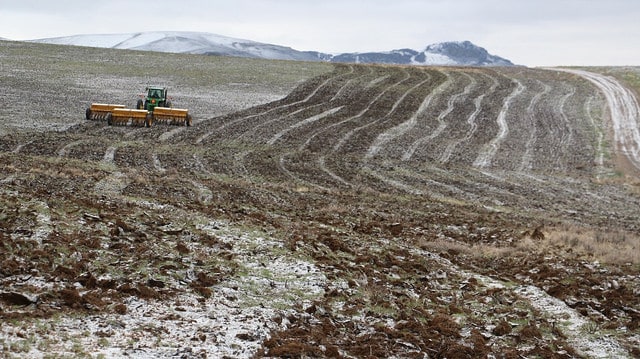 A great example of their cross-boundary conservation is the group’s response to the Soda Fire, which burned nearly 280,000 acres of prime sagebrush rangelands in 2015. The BLM took charge of the post-fire rehabilitation on public lands, while the USFWS, NRCS, and the Action Team helped private landowners. Funds granted by the Action Team also helped repair the adjoining burned state lands.

This teamwork ensured that the habitat treatments were similar across the affected landscape, such as drill-seeding native shrubs or applying herbicides to cheatgrass.

Another nearby Idaho example of maximizing restoration investments across ownership boundaries are grazing land improvements in southwest Idaho. The NRCS funded several conservation practices through the Sage Grouse Initiative on the Thomas Cattle Company ranch outside of Boise, such as removing invading juniper and restoring wet meadows.

The Action Team contributed matching funds that accelerated these and similar on-the-ground projects. Now the BLM is moving towards implementing landscape-level conifer removal through its Bruneau Owyhee Sage Grouse Habitat (BOSH) project. These plans include cutting encroaching trees on federal grazing allotments adjacent to the Thomas ranch and other private lands treated with NRCS and the Action Team funds.

The Action Team’s annual grants focus on reducing the twin threats of fire and invasive grasses, and typically fall within these four categories: 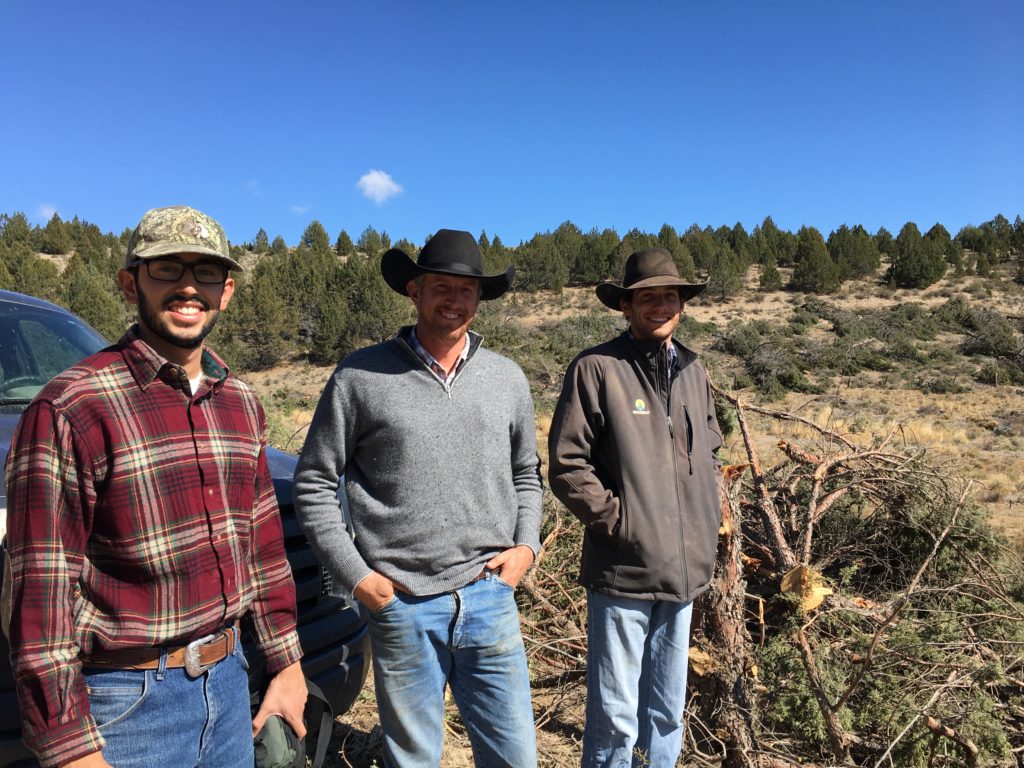 One of the main goals of the Action Team is to maximize conservation benefits by encouraging each of its member agencies to match the state-appropriated dollars.

It’s working well—Idaho leveraged an average of $3.50 for every state general-fund dollar spent in FY16 and FY17. These collective resources resulted in $5.5 million of on-the-ground conservation and wildfire prevention efforts.

The reason that members have been so willing to match state-appropriated dollars is because the partners recognize the value of strategically focusing projects in places where other conservation efforts are already underway.

“The big focus of the Action Team is to expand on the successes that are already out there,” says Brandon Miller of the USFWS’s Partners for Fish and Wildlife Program.

“It’s been huge for broadening the benefit of our collective conservation footprint on the landscape.”

The Idaho Sage Grouse Action Team is currently accepting applications for FY 19 sagebrush conservation projects, which are due by June 15, 2018. 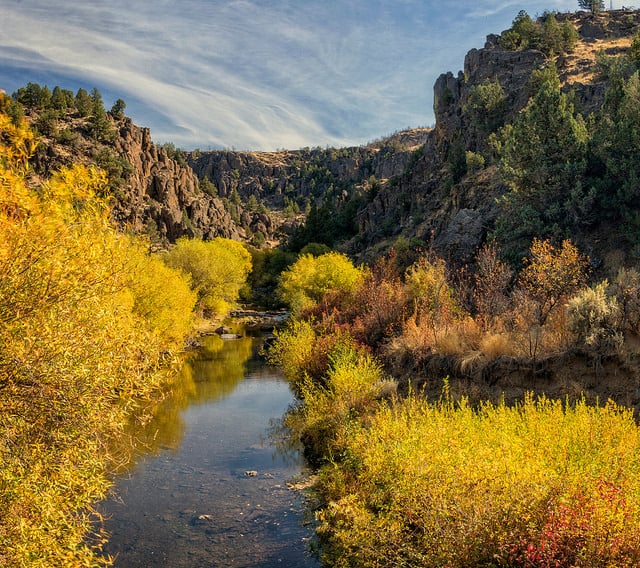