New research highlights the importance of mesic resources for sage grouse and other wildlife species.

How Do Mule Deer Use Sagebrush?

Some mesic habitat is found at higher elevations where it supports wildflowers and other plants that are important for wildlife. Photo: Jeremy Maestas. 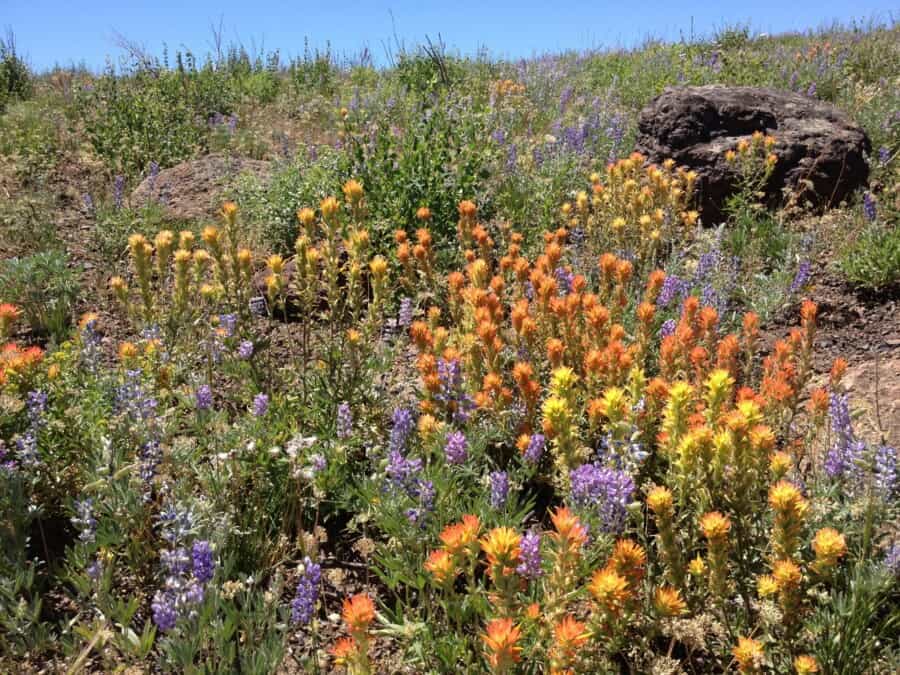 Some mesic habitat is found at higher elevations where it supports wildflowers and other plants that are important for wildlife. Photo: Jeremy Maestas. 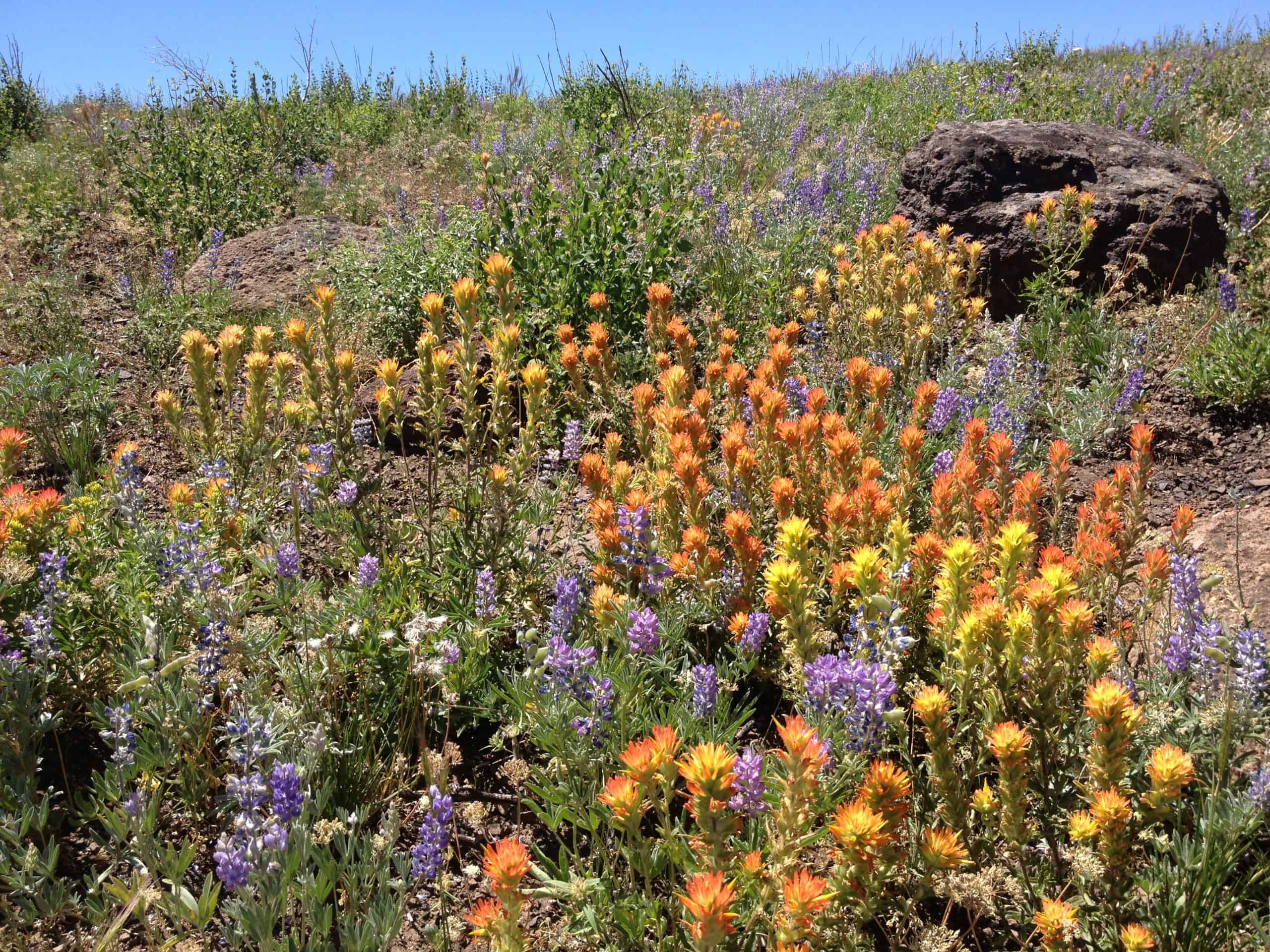 Download This Science to Solutions report (high-res and printable) >

During periods of drought, many wildlife, including sage grouse, seek out these last islands of productive green areas. Collaborative whole-watershed conservation strategies that protect a diversity of mesic resources across public and private lands are key to maintaining healthy sage grouse populations.

Researchers from the University of Montana and the U.S. Fish and Wildlife Service used more than 15,000 satellite images to analyze late-season (mid-July to mid-September) vegetation productivity across western rangelands from 1984-2016. They then linked these summertime productivity patterns to annual variations in climate and categorized the results into irrigated alfalfa, rangeland, riparian areas, or wet meadows. Finally, they examined land tenure data, which allowed them to detail the proportional mesic abundance by ownership type in three western regions: the Great Basin, the Rocky Mountains, and the Great Plains.

Sage grouse populations are partially structured by drought sensitivity, that is the bird’s populations generally boom during wet years when green vegetation is widely available and constrict when these resources are scare during times of drought (which can include the hot, dry summer months). 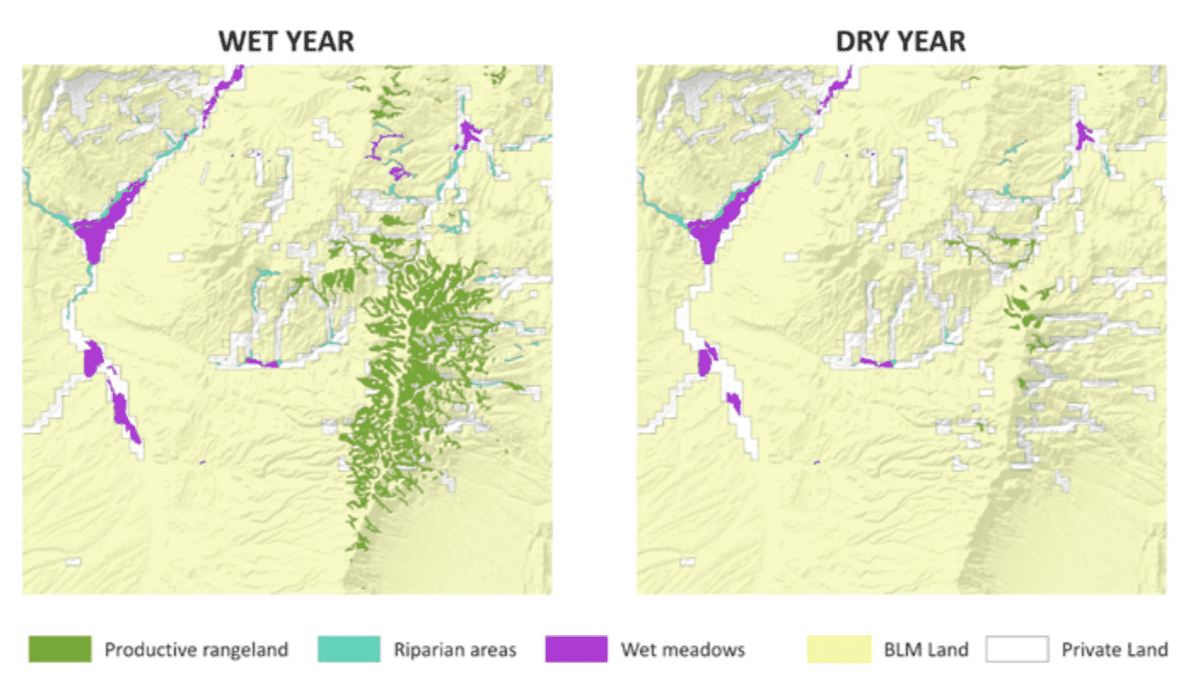 This sweeping analysis pinpoints the most productive (and important to sage grouse) habitats across the west, providing a new tool for informing where to invest in mesic resource conservation. For example, in the Great Plains, 87% of wet meadows are found on private lands while 66% of productive rangeland is found on public lands. In sagebrush country, privately owned parcels contain 68% of all mesic resources, even though private lands only make up 40% of the landscape. 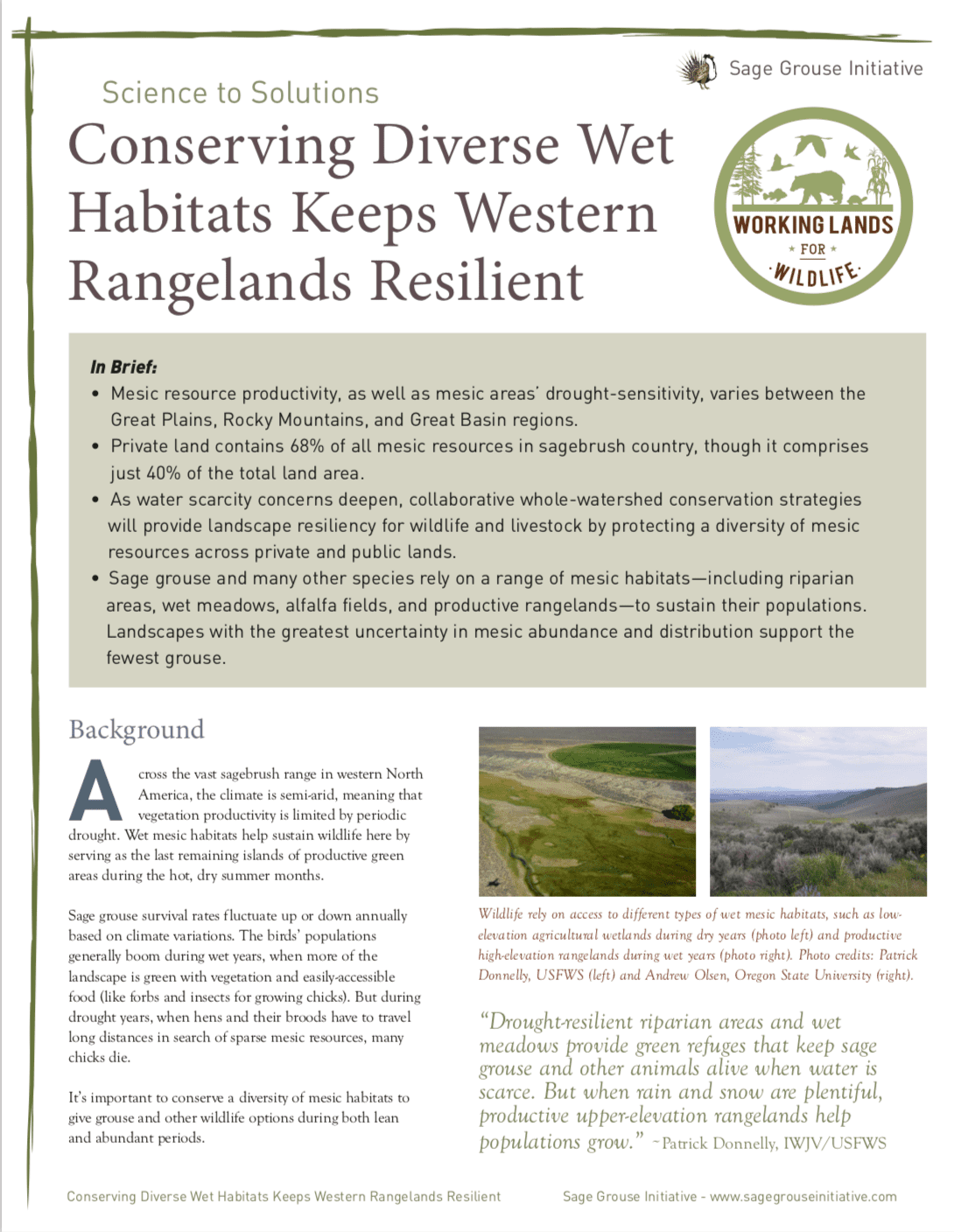