The Etchart Family worked with the NRCS, TNC, and the CO Cattlemen’s Agricultural Land Trust to place much of the ranch in a conservation easement protecting this prime working land from development and preserving habitat for elk, deer, and sage grouse.

From haying to hunting, the Etcharts’ operation depends on healthy grasslands and well-managed working rangelands. By partnering with the NRCS, the Etcharts have conserved Strawberry Ranch in perpetuity, improved wildlife habitat, and restored 1,100 miles of the river that runs through the ranch.

This story originally appeared on Farmers.gov. Reposted with permission. Find the original here.

All photos courtesy of the Etchart Family

From June through September, John Etchart spends most of the day driving a tractor through hayfields below the mountains near Meeker in northwestern Colorado.

“John Deere loves us,” he jokes, gesturing at the lineup of green machines parked outside of what he and his wife, Sheryl, call the ‘Home Ranch’ along the banks of the White River.

John grew up ranching in Meeker with his sister and two brothers. “As I got older, I was the hay man in the family because I liked working with the equipment more than the livestock.” 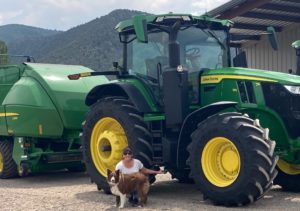 Sheryl Etchart with Tillie the dog. 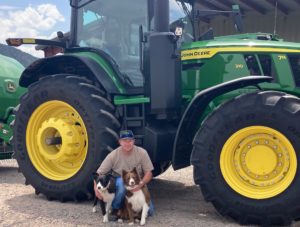 John Etchart with his dogs.

When he was 20, John bought a hay business from a neighbor, and he and Sheryl have grown the business six-fold. Their daughter, Makaila, who just turned 30, still comes home for a few weeks each summer to load trucks and run equipment “in the heat of the hay battle,” says John.

The family sells 18,000 to 24,000 tons of hay per year, mainly to ranchers around Meeker. The Etcharts also ship 100,000 small bales each year to eastern states and fulfill custom contracts on other ranchers’ property around western Colorado. 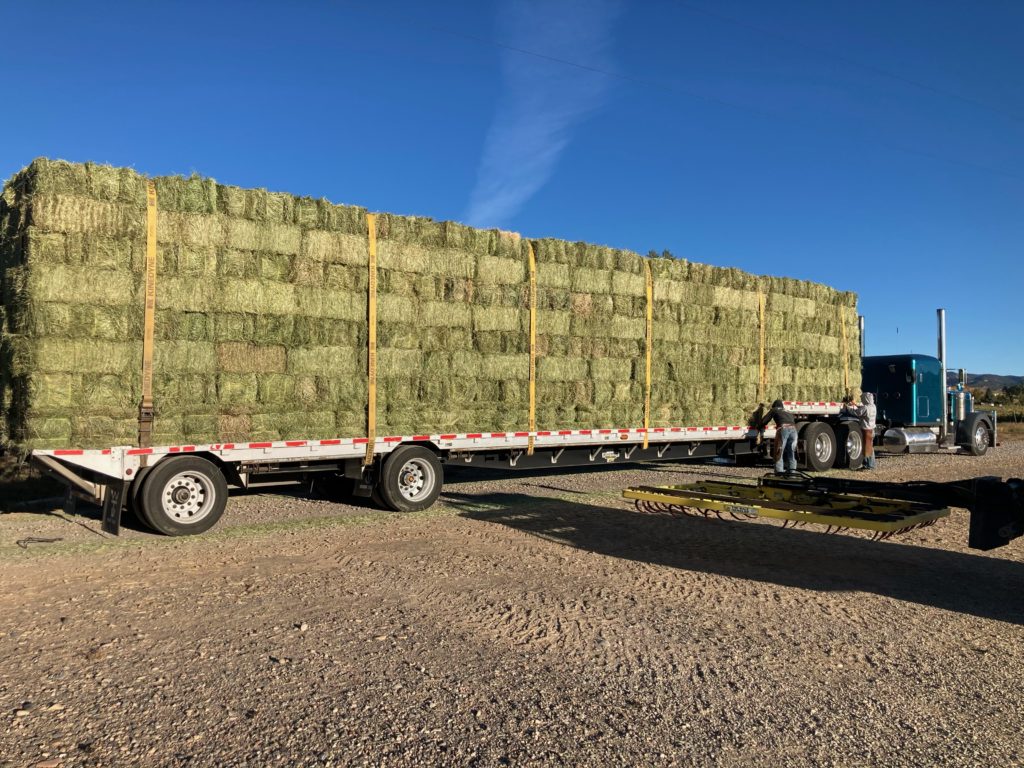 The Etcharts’ hay loaded up for market.

In the early 1990s, John and Sheryl bought the Strawberry Ranch — not far from the Home Ranch — from John’s grandfather, then acquired an adjoining property in 2017. The Etcharts run cattle on the Strawberry Ranch, a 2,462-acre spread of sagebrush country that boasts abundant big game, like elk and deer.

Thanks to their forward-thinking stewardship, this prime rangeland will stay a working ranch forever, rather than being chopped up into a subdivision.

“Once a ranch gets broken into chunks, the land doesn’t get managed well anymore,” says John. “Weeds come in and wildlife have more fences to cross.” 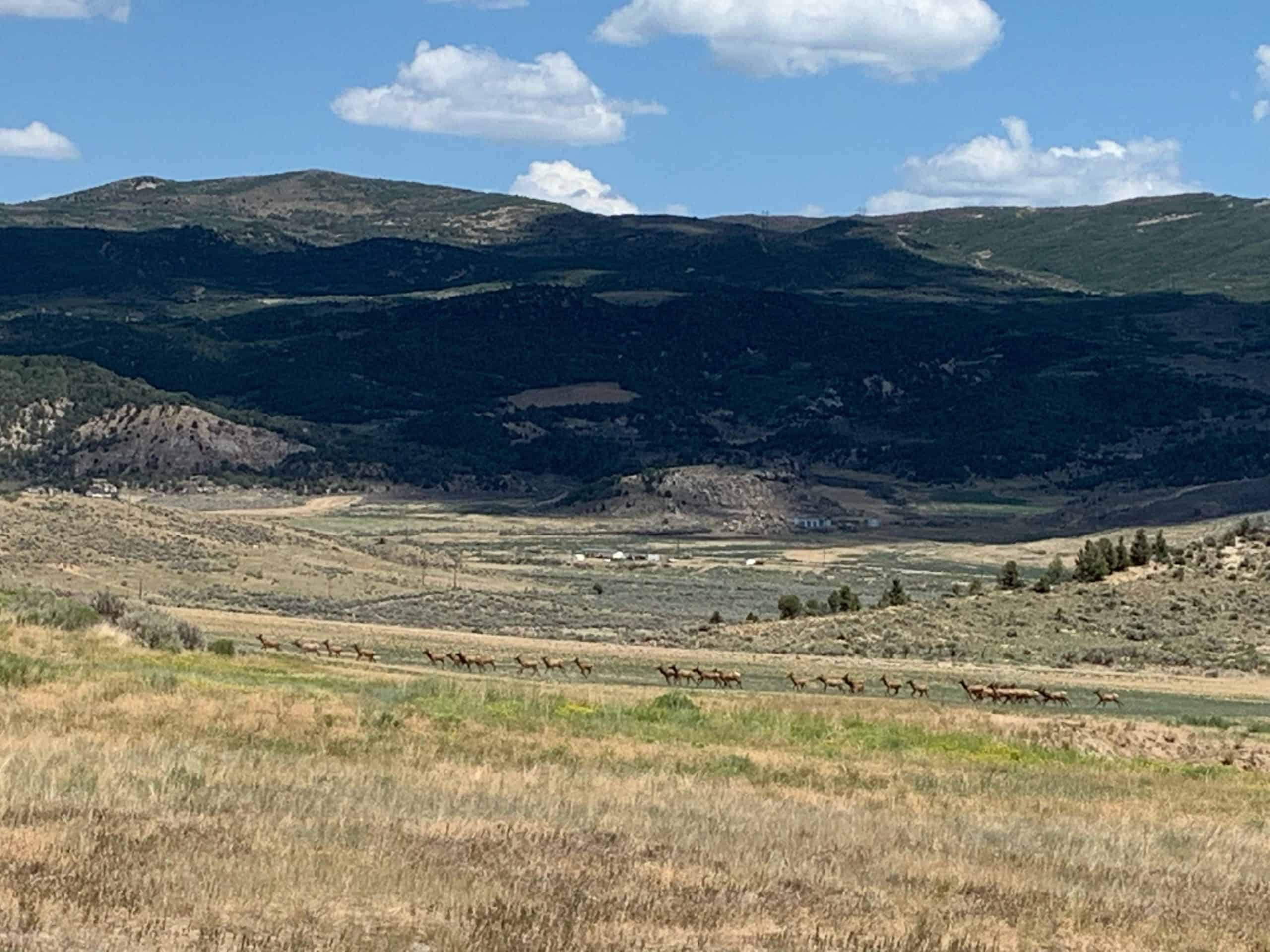 A large elk herd grazes on the Etchart’s Strawberry Ranch.

In 2021, the Colorado Cattlemen’s Agricultural Land Trust (CCALT) helped the Etcharts and John’s older brother, Doug, conserve the Strawberry Ranch with an easement funded in part by the USDA’s Natural Resources Conservation Service Agricultural Land Easement program. Colorado Parks and Wildlife and The Nature Conservancy contributed to protect this beautiful ranch for future generations. The CCALT also helped the Etcharts conserve their 290-acre Home Ranch with an easement in 2014.

“We graze the ranch lightly with cows to save the rest for wildlife,” says John. 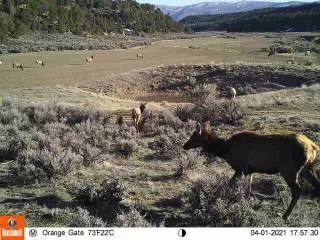 Elk on Strawberry Ranch, captured by a game camera. 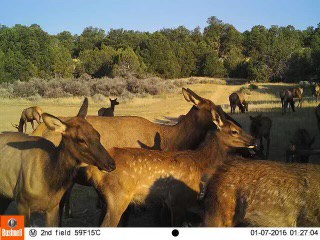 Elk on Strawberry Ranch, where the Etcharts run cattle but manage largely for wildlife.

John and Sheryl have partnered with the USDA on other Farm Bill-funded conservation projects. Through the Conservation Reserve Program, they re-planted 80 percent of the ranch’s pastures with a diverse mix of plants that are better forage for wildlife and livestock. They also participate in the NRCS’ Conservation Stewardship Program to rotate livestock grazing and rest pastures. And they restored a 1,100-foot long stretch of eroding riverbank and improved riparian habitat on the Home Ranch with help from the NRCS’ Environmental Quality Incentives Program.

“I’ve darn sure utilized the free technical support offered by NRCS,” says John. “The biggest help is getting their engineering services.”

Their neighbors to the north also put a conservation easement on their ranch, protecting 2,226 acres. Keeping adjoining land intact helps boost wildlife populations — and that benefits the Etchart’s other business, which is guiding hunters in search of deer and elk each fall.

Molly Fales, director of transactions at CCALT helped the Etcharts with their easement. She says that Meeker is still an agricultural community where conservation investments can have a big, positive impact. 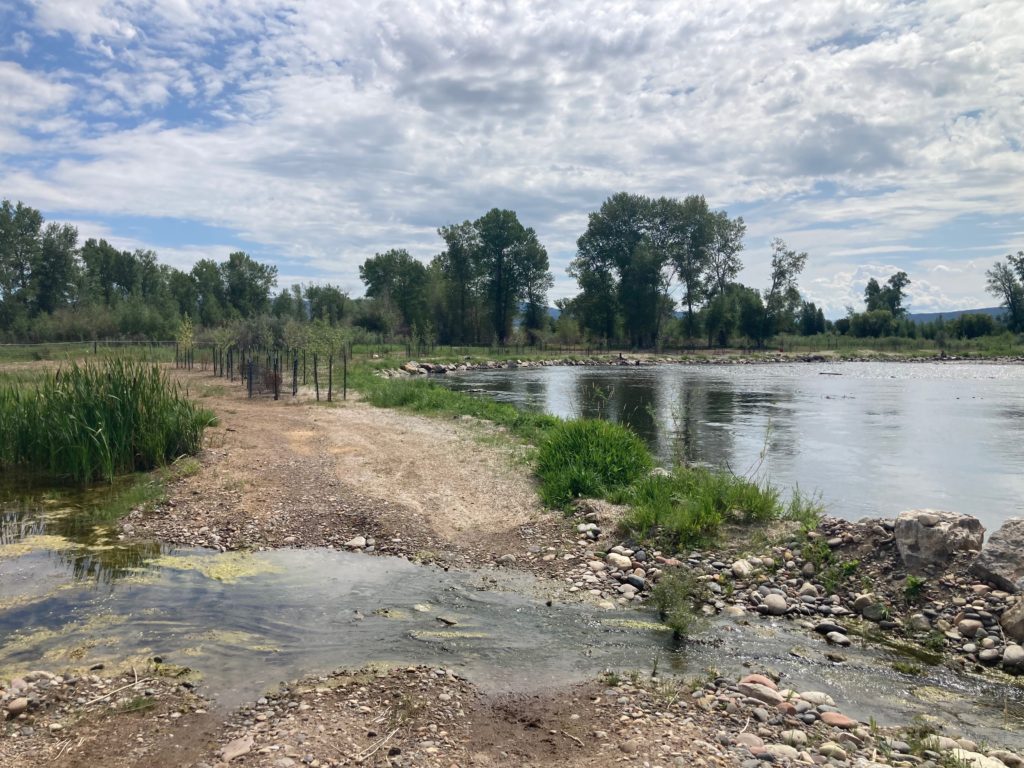 In addition to working with the NRCS and partners on a conservation easement, the Etcharts also tapped into EQIP funding and NRCS technical expertise to restore 1,100 feet of the White River that runs through the ranch, reducing erosion and improving riparian plant healthy and diversity.

A lot of that success comes down to landowners like John and Sheryl who talk to their neighbors daily, says Fales. “They see that the easement is working out well for the Etcharts and that no one’s out there telling them how to run the ranch.”

John agrees. “Financially, the easement helped us out a bunch — it’s allowed us to stay several steps ahead. My only regret is that I didn’t do it earlier!”