View Full Size The Keane Ranch is now protected from development in perpetuity thanks to a conservation easement supported, in […]

Ask an Expert | When it comes to sage grouse habitat: Don’t sweat the small stuff

Montana Outdoors Magazine Article | The Herd and the Bird 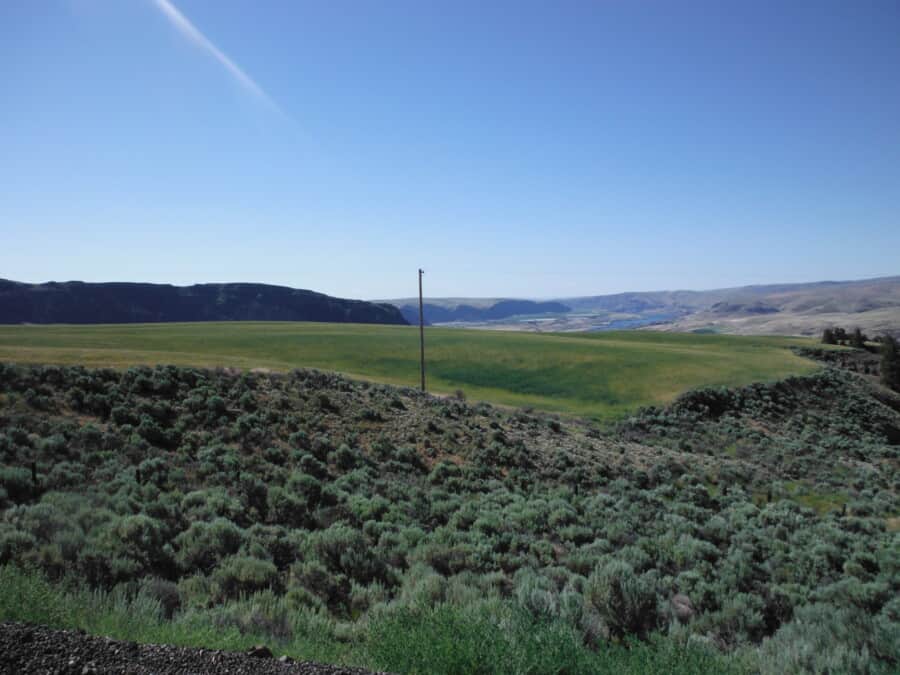 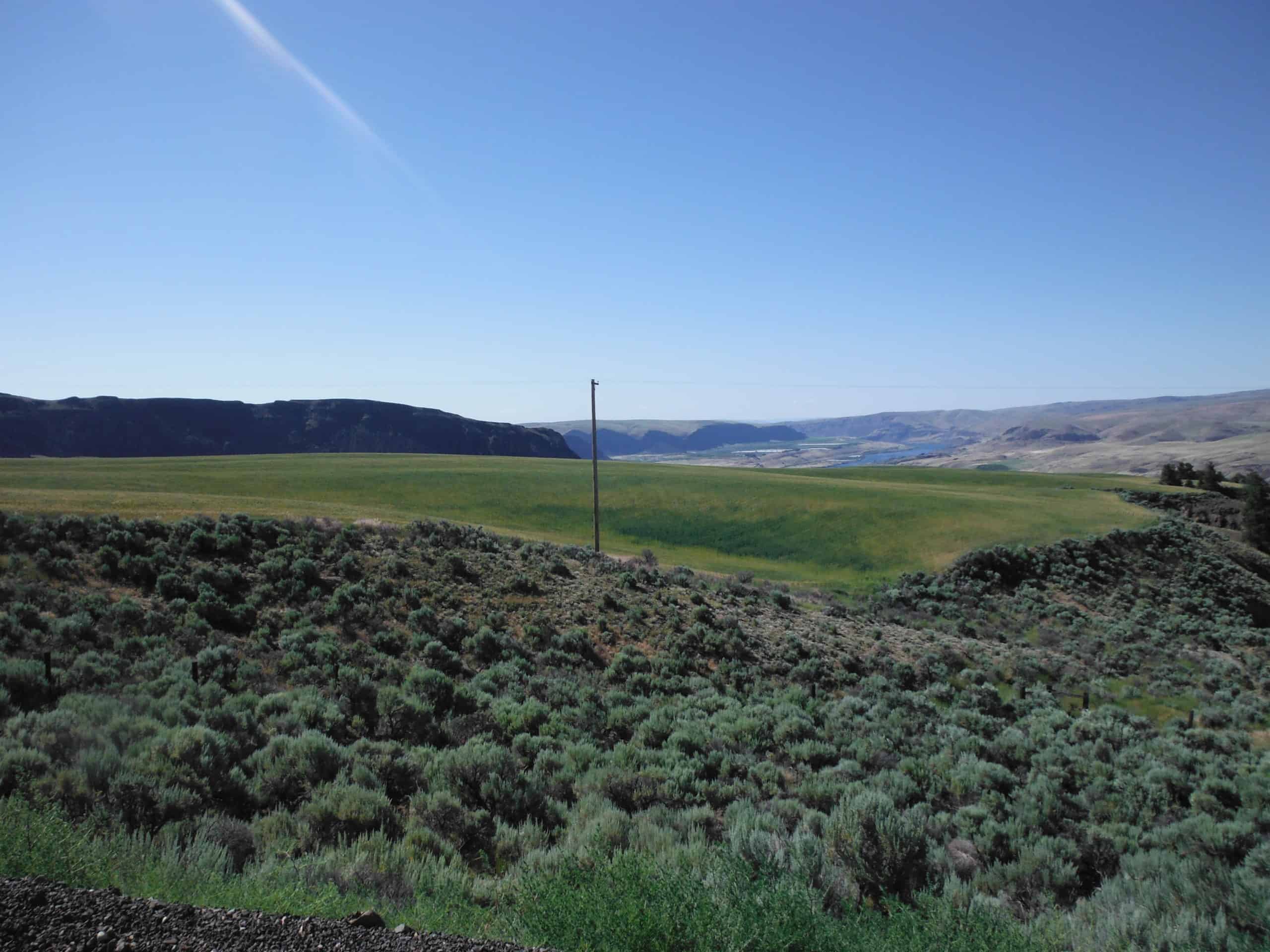 The Keane Ranch is now protected from development in perpetuity thanks to a conservation easement supported, in part, by the USDA-NRCS Sage Grouse Initiative. Photo courtesy of CDLT.

The early morning sunlight dances across the hill tops, slowly lighting up the canyon walls just outside Wenatchee, Washington. On the surface nothing is different about this day. The birds sing, mule deer wind their way through the sagebrush, and the Keane family readies for another day working with the land. It’s a scene that has played out since 1886 and now involves the sixth generation running around getting mud on their boots.

But things have changed. This land will forever be a working farm and ranch because the Keanes have protected it with a Natural Resources Conservation Service (NRCS) Agricultural Land Easement (ALE). 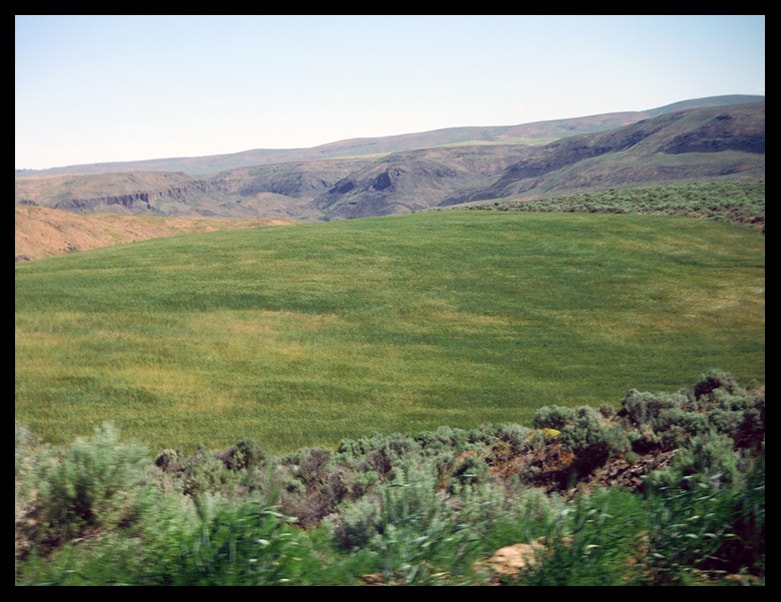 A small part of the Keane Ranch, where wheat meets sage. Photo courtesy of CDLT.

It has been quite a journey to get to this point. A journey that included three years building the partnerships, funding, support, and conservation to make the easement happen. None of which would have happened without the family’s desire to protect their land.

So why now? Why after six generations did the family choose to protect their land now?

For landowner and family patriarch, Dane Keane, it took the Sage Grouse Initiative’s (SGI) approach to private lands conservation combined with the strong personal relationship he built with Michael Brown, SGI’s field staff coordinator who is based in eastern Washington. SGI is one of the NRCS’s Working Lands for Wildlife initiatives and is focused on 11 western states where sage grouse live.

Farming first. I had never heard of farming coming first. Working with the federal government had always seemed to be about conservation or wildlife and not the farmers and their families. As Michael and I talked over coffee, I learned more about SGI’s approach and it seemed like it could fit with our goals. ~ Dane Keane

His apprehension towards easements and conservation came from his time on the ranch working with his neighbors, who are more like extended family than neighbors, and his 12 years as county commissioner. As he explains it, too often, it seemed as though conservation efforts were about protecting something at the expense of the agricultural community.

“When Michael said that this was about farming first, that’s when I was in,” Dane said.

Dane and his brother, Jeff, have been farming and ranching this ground their whole lives and know everything about the land. Take a drive with them and the stories pour out.

“This turn here in the road is where granddad ran the truck off the road and had to walk back to the ranch…Take a look over at that hill. See that old road. That’s the road we used to get the wheat off the ground with.”

The history is everywhere and lives on in the way the family cares for the land.

“We could have enrolled in the Conservation Reserve Program, if we wanted. It might have made economic sense, but we didn’t want to stop farming. We love it,” Dane said. 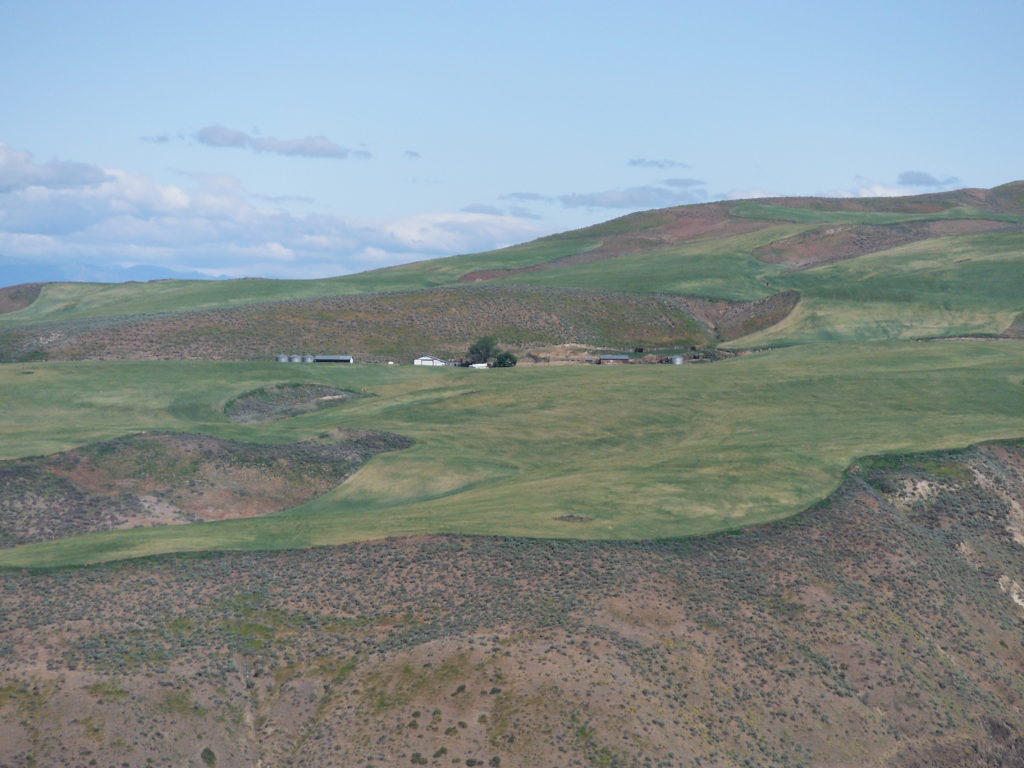 Given the Keane’s love of this land, it’s not surprising that the overall habitat conditions on the ranch were in good shape. As the family’s relationship with NRCS and SGI evolved, they developed a conservation plan for the ranch, which focused on maintaining the quality habitat with options to expand the ranch’s cattle grazing operation in the future. The conservation plan was basically “keep doing what you’ve been doing” with a few enhancements for marking fence lines with tags to make them more visible for flying grouse and making water developments safer for grouse to use by adding escape ramps.

In 2017, after getting to know Michael and learning more about SGI, Dane, Jeff, and Dane’s son Kellen, approached the NRCS and the Chelan-Douglas Land Trust (CDLT) about a possible easement.

“The CDLT submitted an excellent application for protecting over 6,700 acres of the Keane’s rangeland and dry cropland from development,” said Dave Kreft, NRCS Easement Program Coordinator. “The fact that the ranch was also in the middle of sage grouse habitat and near known sightings of the grouse made it eligible for special funding through the Sage Grouse Initiative. The application was also funded as a Grassland of Special Environmental Significance (GSS) because of the presence of good-condition rangelands needed by the sage grouse for long-term survival.”

The Keane Ranch easement is especially gratifying for Kreft: “After 39 years with the NRCS, I will be retiring at the start of 2020, and this was a heck of a way to close out a career,” he said. I’m very grateful that we have excellent partners in the Chelan-Douglas Land Trust and the Keanes.  I also want to thank Pheasants Forever, The Trust for Public Land, and the Washington Recreation and Conservation Office for their contributions of technical and financial assistance that made this happen,” he added.

The Keane Ranch easement represents the first SGI-funded ALE that NRCS has completed in Washington State. It is also the single largest ALE in the state at approximately 6,724 acres. Combined with adjacent state and federal lands, the amount of land protected from development and usable by sage grouse exceeds 8,000 acres. Along with the easement, the conservation plan will help ensure the ranch’s long-term success while preserving and improving valuable wildlife habitat.

Scott Scroggie, NRCS conservation planner at the Waterville Field Office was responsible for pulling together all of the resource concerns and long-term goals of the Keane family. The plan outlines best practices for the ranch to maintain good habitat conditions for the sage grouse while accounting for the needs of a working agricultural operation.

Michael Brown is proud, if humble, about the role he played in this project. “SGI touts four principles that guide its work,” he said. “Two of them are building trust and credibility with landowners and ensuring that our work is locally led. A third is focusing on partnerships. In effect, these add up to a “farming first” approach; if our efforts are built on trust, credibility and rooted in how we can help producers like the Keanes, we can build successful partnerships like this that benefit both the landowners and wildlife. That’s what SGI is all about. I’m proud to have played my small role in this project.” 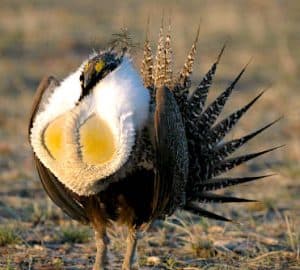 Greater sage grouse are just one of the wildlife species the Keane Ranch supports and that will benefit from the easement. Photo: USFWS

While the Keane easement represents the largest SGI-supported easement in Washington, since its inception in 2010, the USDA-NRCS has helped protect 686,000 acres across 11 western states through conservation easements. None of these would be possible without landowners like the Keanes, staff like Michael Brown, partners like the Chelan-Douglas Land Trust, the Trust for Public Lands, and NRCS staff like Kreft and Scroggie. Locally led, partnership driven, based on trust and credibility, these are the building blocks of how SGI and all of the NRCS’s Working Lands for Wildlife initiatives approach private lands conservation. And the Keane easement is proof that this approach works.

Read the Chelan-Douglas Land Trust’s Press Release about the easement.

Listen to a great interview on KOHO 101 featuring Kellen Keane and the ED of the CDLT.