New research released as part of the Sage Grouse Initiative’s Science to Solutions series shows that restoring sagebrush ecosystems not only benefits ranching and sage grouse but other wildlife, too, including key songbirds. 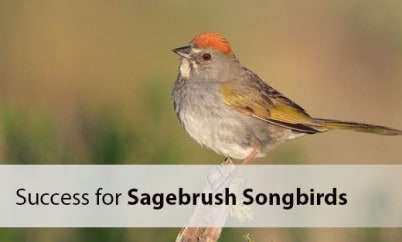 (Photo to the right by Jacob Spendelow at tringa.org: a green-tailed towhee in Lake County, Oregon increased in sagebrush habitats after encroaching junipers were removed.)

New research released as part of the Sage Grouse Initiative’s Science to Solutions series shows that restoring sagebrush ecosystems not only benefits ranching and sage grouse but other wildlife, too. This new study shows that populations of Brewer’s sparrow and green-tailed towhee, two sagebrush-dependent songbirds, climbed significantly in places where invading juniper trees were removed.

Conifers invade and degrade sagebrush ecosystems, dispersing the wildlife that once called the habitat home. Over the past two centuries, fire suppression, historic overgrazing and favorable climate conditions have led to spread of conifers into sagebrush habitat. More than 350 species of wildlife depend on the sagebrush ecosystem, and many of those species have suffered population declines because of these invading trees and other threats. 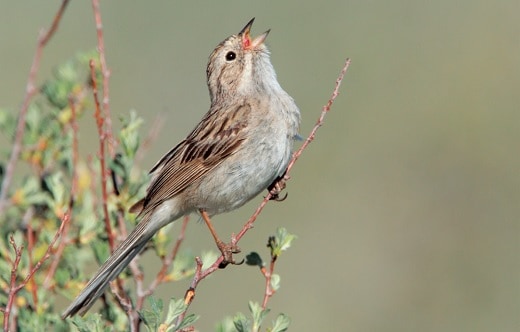 Three years after removing trees in an Oregon project area, Brewer’s sparrow numbers increased by 55 percent and green-tailed towhee numbers by 81 percent relative to untreated areas. These two songbirds, both identified as species of conservation concern by the U.S. Fish and Wildlife Service, serve as early indicators of the effectiveness of restoration work.

Todd Forbes, Field Manager of the Bureau of Land Management’s Lakeview Oregon Resource Area, says that, although the original conifer removal project  project was designed with sage grouse habitat in mind, “there are many different wildlife and plant species that benefit from the restoration of these open sagebrush habitats.” BLM co-funded the study on the project area, along with the Intermountain West Joint Venture.

“BLM and our partners fund many different science projects like this one to gain a better understanding of how management actions affect the natural environment,” says Forbes. 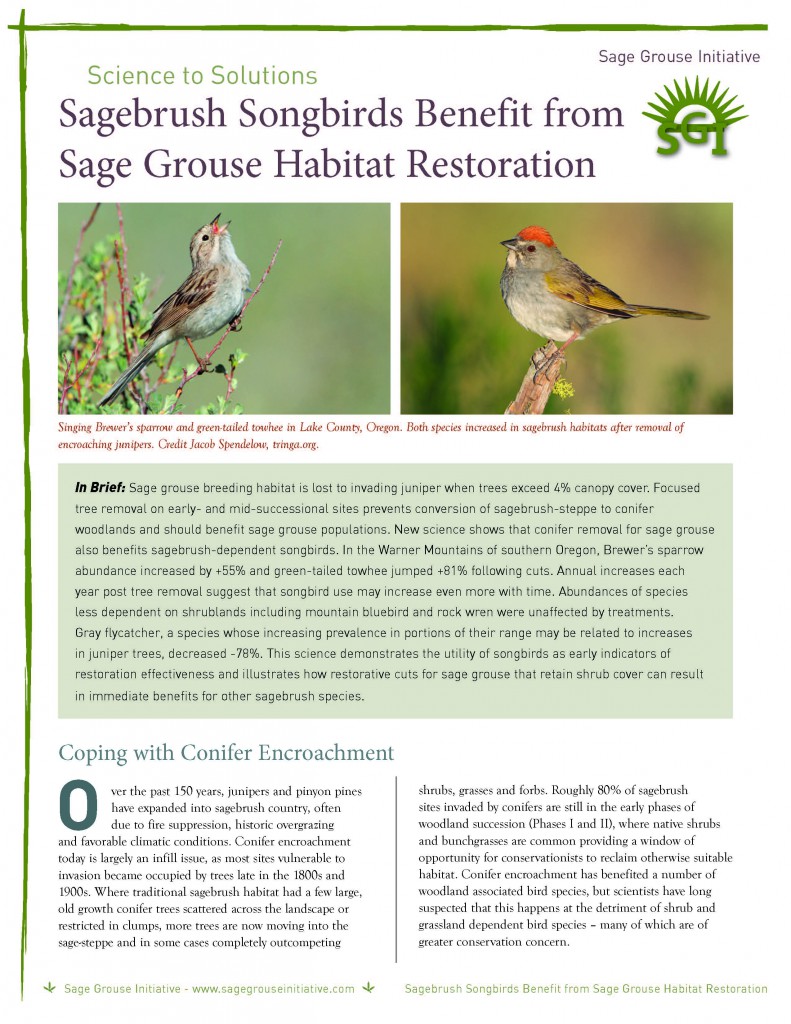 The new Sage Grouse Initiative 2.0 strategy calls for an additional 246,000 acres of conifer treatment by 2018 throughout the West. Songbirds are not the only wildlife that will benefit from sage grouse conservation work, either. This previous Science to Solutions study on mule deer in Wyoming shows that conservation measures implemented to benefit sage grouse also doubled the protection of mule deer migratory corridors and winter range.

“The work of the Sage Grouse Initiative is more than a single species approach,” says Wendell Gilgert, Working Landscapes Program Director at Point Blue Conservation Science. “It’s an ecosystem approach that’s extremely necessary as conservationists look for solutions to balance the needs of wildlife and people in an uncertain future.”